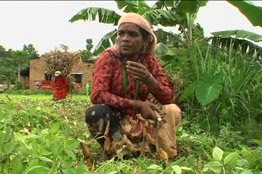 Indigenous Film Archive is a NGO which works for the collection, preservation, dissemination of indigenous culture and practices through films.

NIIFF 2011 is dedicated to the indomitable spirit of the indigenous woman. The festival aims to bring out the sensitivities, strengths, skills, knowledge and wisdom that enables the indigenous woman to play a key role in holding societies and communities together. The following criteria has been set for NIIFF 2011.

- Films made by women filmmakers or films about indigenous women (Directed by either male or female filmmaker/s).
- Submission to the Festival is open to all kinds of films: Shorts or feature films, music videos, animation or documentaries of any length.
- Deadline for the Final Submission: 28 February 2011

I just came across your blog http://bsnorrell.blogspot.com/2010/04/indigenous-women-ofelia-rivas-and.html
You are doing a great job with your blog.
We would appreciate if you can spread the message of Indigenous film festival to fellow filmmakers and if anyone is interested, please let us know.